Not sure why we choose a Saturday for our first visit to Bondi Beach! It was really, really busy and really hot that day, hurrah the rain had finally stopped!

We decided to do the Bondi to Coogee Beach Walk along the seafront to see the beautiful coastline and explore a bit more of the area. 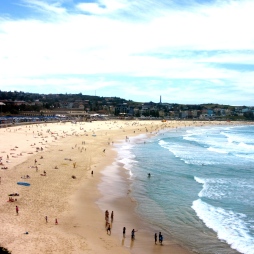 Think this was a bit optimistic given the hoards of people and the heat. There was some sort of Sculpture exhibition along the seafront, which made it even busier, but it was nice to see, if not unusual!

A wave made from Barbies! 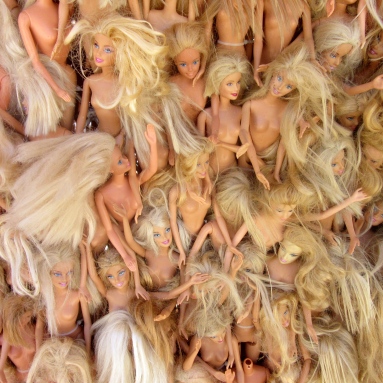 The scenery along the way was beautiful, especially as it was blue skies all the way. There was even a cemetery overlooking the sea, which was very serene. 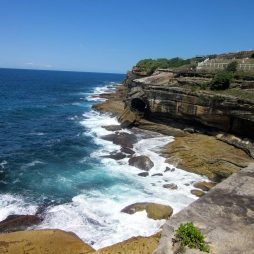 I did notice that all of the women along this walk were all wearing work-out clothes even if they weren’t really working out!

We were pretty exhausted when we got to Coogee Beach, so we grabbed some lunch and then headed for a chill out on the beach for a bit.

We went for the easy option on the way back and hopped on the bus back to the apartment.

Yep, we went back the next day, but this was earmarked as a beach afternoon. Before we headed to the beach, we checked out two of the many markets around Sydney in Paddington and Bondi. I decided it would be a good idea to walk to the market at Paddington as it didn’t look to far away and then we could catch the bus from there to Bondi, well the market was a bit further than I expected and it was quite warm that day, but we made it without melting!

Paddington Market was full of different stalls, ranging from jewellery (which is where I made most of my purchases from) clothes, arts and crafts and food! Once we’d had enough we jumped on the bus and headed to Bondi Beach.

We spent around 15 minutes just having a wander round the market at Bondi and then made our way to the beach to chill for the afternoon.

Grabbing some lunch before we settled down so we beat the lunchtime rush, and sipping on a much needed smoothie, needed for two reasons 1) it was pretty hot and 2) I kinda felt that the only fruit I had consumed this holiday had either been in a cocktail or garnishing a cocktail! Whoops! 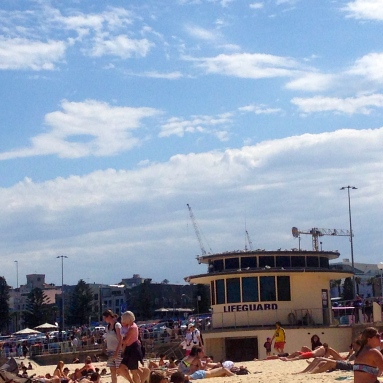 Literally, we hardly moved from our spot on the beach all afternoon, apart from the odd smoothie/juice trip and comfort break! Unfortunately/Fortunately, their were no Bondi beach rescues that day, which meant that everyone was safe, but was slightly boring!

Leaving covered in sand, I knew this wouldn’t be the last time we visited this infamous beach as my sister is a massive fan of everything Bondi beach related on the TV so we were planning to come back the day before leaving to come home.

Manly beach required a trip on the ferry! These are used pretty much like public transport to get from one side of Sydney to the other. On our journey over we got a fantastic view of both the Opera House and the Harbour Bridge, but again we were faced with a bit of a drizzly day. 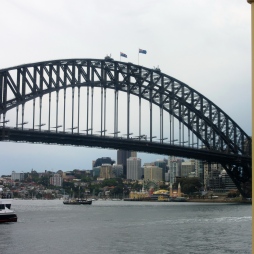 Arriving onto land, we headed straight for the beach and were on a mission to find somewhere to eat. 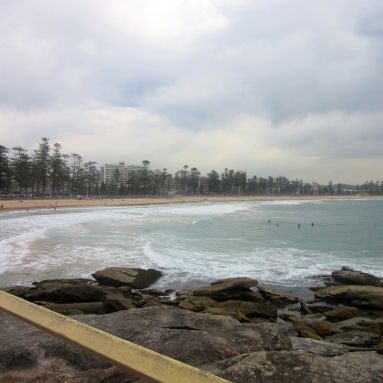 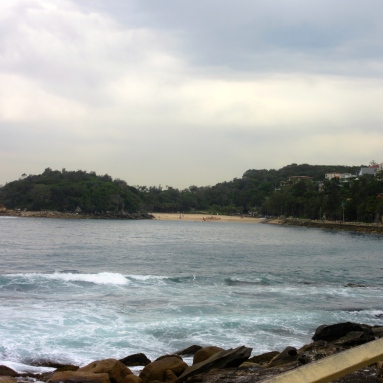 We found a cute little place on the seafront where I wrestled with some lovely crab, before we went for a wander and then attempted to chill out on the beach!

When I say attempted, I mean we weren’t there long before the wind picked up massively and the rain threatened to fall hard, so we grabbed our stuff and headed back to the ferry for home.

We had a little wander in the city before we went back to the apartment to chill before heading back out again to eat.

Keep your eyes peeled for the final part soon!