Hey everyone, it’s been a while, I’ve missed you.

A fair bit has happened since I last posted, which is the main reason I have been absent.

Unfortunately, I had another car accident a couple of weeks back and it has sort of thrown me out of sorts. I wasn’t seriously hurt and it was no where near as bad as my first one, but it has still had an affect on me.

Poor Freda, however, was not so lucky and I am still waiting to hear what her fate is 😦 Here she is in her former glory… 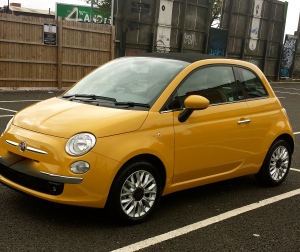 I miss her terribly and hope she gets better soon!

As for my blog, you will notice an increase in the amount of posts in the next few weeks as I catch up on things that I want to write about and then there will be another change in the New Year, which will be revealed later this week.

Hope you all have a good Monday